Aram is a high performance rowing coach and entrepreneur.

He has a reputation for being able to explain complex and complicated things in such a logical way that others understand them almost effortlessly. He is known to have a long term motivational effect on the people he works with.

Aram has helped people from all walks of life to achieve their goals, ranging from high performance athletes qualifying for Olympic Games, to developing young athletes to high performance level, and coaching Masters athletes to victories.
Aram has also succesfully worked with non-athletes to create intrinsic motivation.

Part of his development work with athletes is the rehabilitation of injured rowers, some of it in cooperation with Biorower Rehabilitation Centres.

His greatest asset is his ability to develop athletes, and people in general, strategically on a long term basis from humble beginnings to consistent strength and speed – physically, technically, mentally, and most of all: in terms of attitude towards failing, life and success.

His effect on people, non rowers and rowers, is described as a “motivating and calming” one. 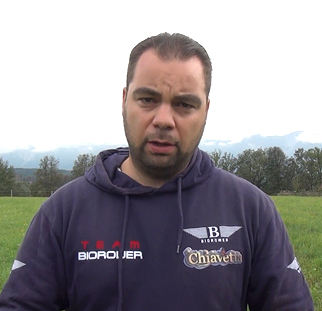 The reason why I have become a coach is that I love to accomplish goals.

When I start to work with people, I want to know where are you now, and where you want to be in 12 months.
I see it as my mission to individually build up my athletes – be it U 23s, Sen A’s, Masters or even Juniors.

I do make distinctions concerning time budgets, but I treat all my athletes as pros.
Most of the people I coach, approach me with a definete goal in mind.
This can be to make the national team, to improve the personal best or to meet qualification limits.

This helps you go faster